How one city made great strides in environment, innovation and sustainability by bringing its key stakeholders together.

From my own brief observations of the city, it is undeniably going places. It is vibrant but peaceful, cultural but cool. 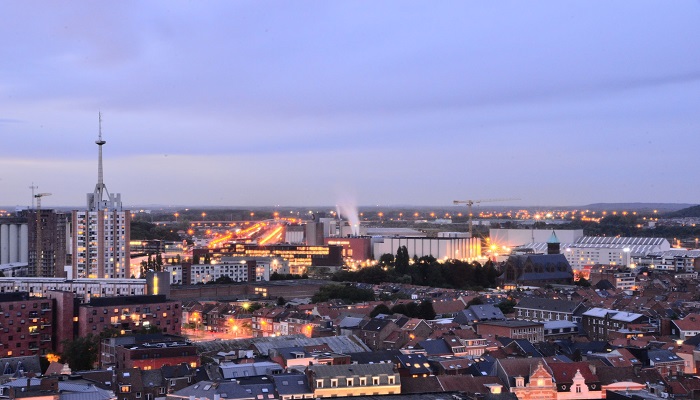 At the heart of Belgium, around 20 miles east of Brussels, lies a city that is starting to gain a reputation for itself on the international stage.

The gothic metropolis, home to churches and chapels, working abbeys and inhabited ‘beguines’ where cobbled streets guide you around the red-bricked buildings of the perfectly preserved and serene enclaves, has become one of the most progressive and forward-thinking in Europe of late thanks to its learned and collaborative governance.

It is something visitors will be quick to pick up on as they arrive in Leuven, with the bedlam of most other European cities replaced by quiet and calm. Cars, in a large part, have been replaced by bikes or electric buses that zip up and down roads that are noticeably free from congestion. You find, perversely, that walking to your hotel is quicker than jumping in a taxi, owing to the fact that they are made to skirt the city’s ring road in order to keep levels of CO2 down.

Alongside the historic aspects of the city, Leuven punches above its weight when it comes to its attractions and, indeed, its attractiveness. Recently awarded second place in Monocle’s Small City Index thanks to its quality of life, buzzing nightlife and welcoming population, it has all the hallmarks of a tourist hotspot without, dare I say, the herds of tourists you would usually associate with such places.

For people reading this side of the Channel, that might not sound too surprising. Ask most Brits to name three Belgian cities and I’d bet that Leuven isn’t one of them. Next to Brussels, Bruges, Antwerp or Ghent the compact gothic town remains relatively unknown, with Ben Lerwill of the Guardian recently describing it as “Belgium’s best-kept secret”. Yet for a city with so much going on and with such close proximity to the UK, it kind of beggars belief.

It was a point I was keen to raise with the city’s mayor, Mohamed Ridouani, and Katrien Rycken, the director of Leuven 2030, when I caught up with them on an unseasonably hot spring day in their modern City Office. The boardroom had just been cleared from a typically busy lunch meeting, with representatives from across the city convened to discuss policy.

Ridouani, of socialist party SP.A, formed a “progressive” coalition on being elected in 2018, pledging to turn Leuven into one of the most caring, green and prosperous cities in Europe in cooperation with the citizens, knowledge institutions, companies and organisations. He says, traditionally, there has been a tendency “not to shout too much about what the city is doing”. But that is “now changing”.

Although Leuven very much retains its own identity, its closeness to Brussels has always caused friction. The Town Hall is the most obvious example of ‘anything you can do’ architecture, while St. Peter’s Church, just a stone’s throw away, was initially intended to be the tallest structure in the world until the city ran out of cash and the ground was considered insufficiently sturdy.

Much of that competition has since dissipated. After all, Leuven has a 600-year-old university, a UNESCO World Heritage site and it is the home of Stella, for goodness’ sake. But one rivalry that remains is the Meyboom plantation which is held every year on 9th August. According to legend, the planting of the tree dates back to 1213 when the two cities were in dispute over a beer tax which was settled in Brussel’s favour. To thank them, Duke Jean III of Brabant gave the Saint-Laurent Companions the privilege of planting a Meyboom in the capital in August every year, a privilege that is lost if the tree is not planted before 5pm.

But enough about the past, for Ridouani, this city is about the future. “We are the city of innovation”, he says, pointing out that Leuven was recently awarded the Capital of Innovation by the European Commission last year because of the “groundbreaking solutions that are being brought here in terms of climate policy, social policies and more”.

In his mind, it is the “way we collaborate to get it done” that is the “big story to tell”. As many observers of the climate crisis will have found, good intentions can too quickly turn into inaction without the right people, or peoples, to drive it forward. This is something Ridouani and Rycken have been keen to avoid, ensuring all stakeholders are involved in order to drive through their agenda.

“Leuven 2030 played a big role,” Ridouani said, “because it’s an effective governance model where the city collaborates with knowledge institutions, companies, citizens, NGOs, and where we come to a common vision. So 2030 has a vision for the city in terms of a sustainable future of tackling CO2 emissions. And there’s collaboration with the University, there is a roadmap that sets out all scenarios that you need to undertake to get there.”

The educational institution which, in part, contributed to Leuven’s reputation as the ‘Oxford of Europe’, has already contributed to numerous cutting-edge solutions to assist in the city’s ambition to be more sustainable. So far, new approaches to renewable energy, waste management, water management and mobility/ traffic have been proffered up by the uni and many have been acted upon because the 2030 board of directors that dictates strategy works in partnership with them.

“That means we’re 18 people discussing about what the strategy is if we all agree that our common goal is to become climate neutral and safeguard the quality of life of our city,” she says. “I think that builds a huge support and it spreads the responsibility. Not everyone is just looking at city government to solve the challenge or to see the opportunity. But there’s a structural collaboration, it’s not just ad hoc, because of an opportunity here or there. It’s structural. And it’s like, that has made a huge difference.”

Signs of the city’s progress so far are already there for all to see. It wasn’t long ago that cars were able to park outside the City Hall, which now feels like a petit Grand Place (pardon!), and building walls, once tarred with black fumes, have a clean new sheen. The city’s Radical Mobility Plan has been pushing out car traffic and redesigning the public space so it is more welcoming for pedestrians and bicycles. That has pushed up bicycle use in the city by more than 40 per cent, not only amongst youngsters but among all ages, which speaks to the broad acceptance of the council’s plans.

The city’s newfound love of cycling is palpable, with people from Copenhagen and Amsterdam – widely deemed as European capitals for peddle power – commenting how citizens of Leuven probably bike more than they do, and certainly faster, which I can vouch for. But if you think the city’s fast-paced, vibrant and youthful side might put off its older citizens, think again. According to a recent survey conducted by the council, the number one reason for over 60s living in Leuven was the fact that there are so many young people. “The dynamism is what attracts them,” Ridouani says, “I love that”.

“But we should tell our story more. Because there’s a lot of things”. Erasmus lectured at Leuven University and, depending on which sources you choose to believe, the city has a good claim that the Big Bang was discovered here too.

“So we need two stories. One, that Leuven is the place where curious people will always come to do ground-breaking discoveries and share that with the world, but at the same time the community feeling should be there, with people at the heart.”

From my own brief observations of the city, it is undeniably going places. It is vibrant but peaceful, cultural but cool. Yet the most impressive aspects are actually to be found in an 18-person boardroom, where knowledge is being shared to make good decisions for the city as a whole. And how often can you say that?